Guest Blog by Donna Del Oro - Behind The Delphi Bloodline: My Personal Research into ESP Phenomena

It started with my cousin. She was a full-time, practicing psychic. People came from all over California for her “readings”, at which she claimed an approximately 85% accuracy. One day, while in my 40’s, I decided to get a reading from her.  Extremely skeptical—although I’d known her all my life and knew she wasn’t a con artist—I arrived, fully expecting a lot of lucky guesses on her part.  An hour later, I left dazed and confused. How did she know that my husband and I were deliberating over which of two investment opportunities to take. We hadn’t mentioned this to anyone, not even anyone in my family or my husband’s.   The one my cousin advised against—and which we didn’t take, fortunately—ended up in bankruptcy a year later. There were other revelations that day that proved true in the months to come.


And so, I became intrigued by this strange phenomena known as ESP, or sometimes psi. Whatever you called it, it was known as “extrasensory perception”. My cousin claimed to be a “clairvoyant”, or able to “see” what most humans cannot see. Her insights into people, their health, and other personal facts were amazing to me. People in my family both welcomed and dreaded her phone calls. It was often: “You’ve got diabetes,” “You have a cancerous tumor in your bladder. See a doctor immediately”, “Your appendix is infected. Get yourself to a hospital now!” One close friend of the family received one of her calls. She told her that her brother was dying of cancer and that this friend should call him as soon as possible. The friend insisted that her thirty-five year-old brother was perfectly healthy and they’d just spoken days before. However, my cousin persisted and prevailed, even over objections of the friend’s brother. Two weeks later, the friend’s brother called back. He’d seen a doctor, had gotten a series of tests, and his prognosis was grim. He died a year later after a valiant battle against cancer. 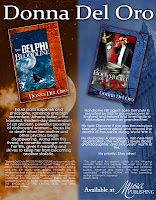 When I probed my cousin, she explained the genesis of her visions and revelations. As a child of eight, she began having dreams. Some occurred at night while she slept, while others happened as daytime visions.  A recurring vision puzzled her but one day it suddenly made sense. Her parents—my aunt and uncle—had announced that they were moving to Hollister, California and had just bought a house with property attached. My cousin “knew” what it looked like and proceeded to describe it to her parents, who hadn’t shown pictures of it to anyone. What she described, from the house to the trees, driveway and outbuildings, matched the place her parents had just put a down payment on.


After that, the family believed my cousin to have a gift from God. That experience prompted me to open my mind and begin a twenty-year exploration into ESP. What I’ve learned has convinced me that clairvoyance does exist, and that perhaps to some extent, precognition. Many people have incredible, intuitive abilities and many share this gift with others, at no intent of monetary gain but simply a desire to help others. A poll cited in the Journal of Parapsychology showed that at least sixty percent of Americans believe that they have had at least one psychic experience in their lives. 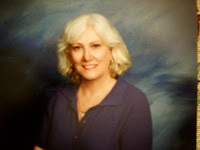 The difference between a true psychic and a charlatan, or someone who uses trickery and seeks profit or notoriety?  Only one does it for monetary gain. True psychics, as do the psychic women in THE DELPHI BLOODLINE, share their gifts quietly and gratuitously.


The Delphi Bloodline is available from Musa Publishing here
﻿
Posted by Nyki Blatchley at 3:02 PM