Five Things "Everybody Knows" About the Greeks 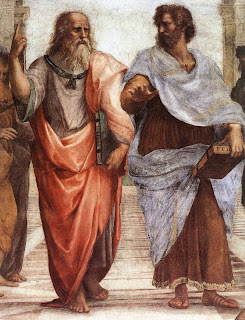 One thing's for certain — any historical fact that "everybody knows" probably stands little more than a 50/50 chance of being true. This applies to any period, but classical Greek culture has more than its fair share of popular fallacies. Here are five of the most common.


1. The Greeks were a calm, logical people, whose central tenet was "Nothing in excess".


Well, yes, that saying occupied a special place in Greek culture. And yes, the Greeks did create philosophy and logic — at least as far as the west is concerned.* But that doesn't mean it was their nature. After all, why place so much importance on a rule that comes naturally to you?


The Greeks could be logical, rational and measured seekers after balance and proportion. They could also be turbulent, violent, jealous, contentious drunkards. Yes, Greek culture involved a lot of drunkenness. Perhaps, if you're academically inclined, you've attended a symposium. Well, a symposium wasn't originally a staid, intellectual exercise, but a party designed for hard drinking and (hopefully) sex at the end. Alcohol played a big part in Greek life: getting drunk was a sacred rite, and they described it as "the lesser madness that prevents the greater."


They were hot-blooded and quarrelsome, and extremely competitive, whether it was athletes at Olympia or cities contending to give a more splendid gift to the gods than anyone else. The Greeks took everything to excess — including philosophy and logic. 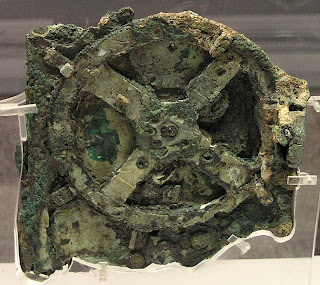 2. The Greeks were too otherworldly to develop technology — they were only interested in pure thought.


One of the facts often advanced to support this is that the Greeks (specifically Hero of Alexandria in the 1st century AD) invented a working steam engine, but apparently didn't see any use for it. In fact, the reason Hero's steam engine remained nothing more than a curiosity wasn't any lack of practicality, but the simple fact that the Greeks didn't possess the metallurgy to create a heavy-duty version that wouldn't explode.**


The Greeks certainly made use of their inventions where they could, though often in a haphazard way. Archimedes is best known for jumping out of his bath naked after thinking up the principle that's named after him, but this wasn't an exercise in pure theoretical physics. It was actually his solution to the problem of proving to his king whether or not an object was pure gold or a fake. In fact, Archimedes's biggest breakthrough was actually an irrigation machine that was still in use into the 20th century.


Perhaps the most remarkable known piece of Greek technology is the Antikythera device (a fragment pictured above), a simple analogue computer created sometime around the 2nd century BC. Though fairly small (but small is good in computing) it was perhaps comparable to Babbage's difference engine — but the Greeks actually made and used their computer. 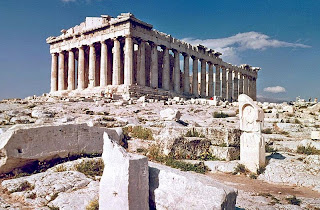 3. Greek buildings and sculptures were all gleaming white marble.


Of course they were, we've all seen them — in pictures, if not in life. And statues from the Renaissance to the Victorian era have paid homage to the iconic look.


In fact, the image is simply an accident of antiquity. By the time the great classical sculptures and temples were being rediscovered in the Renaissance, many of them were two thousand years old, and had been either weathered or buried in the earth. Both processes have a tendency to erode the paint from marble.


The classical Greeks would have found the idea of leaving marble bare very strange indeed. Buildings were painted in bright, eye-catching colours — reds, blues, golds — while marble statues were actually painted to look lifelike. It might seem odd to us, but remember none of these things were intended to look ancient, as the more recent equivalents were. They were contemporary and functional, and the Greeks wanted buildings they could use, and statues that actually looked like people. 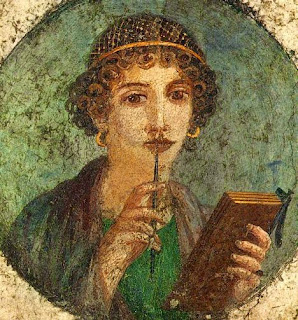 4. All Greek women were invisible nobodies.


What's certain is that Greek culture as a whole wouldn't win any prizes for empowering women. However, the demeaning of women was by no means consistent throughout Greece or throughout the ancient period. It's known, for instance, that women could win fame as poets — notably Sappho (right), Erinna and Corinna, though there were others — and ironically it's been later scholars who've challenged whether some of their works "could have been written by women". The Greeks never doubted it.


In many cities, notably Athens, respectable women were indeed sequestered, although the limited evidence available suggests that a married woman was far from powerless within her home. Unrespectable women, on the other hand, were far more visible. A successful hetaira (courtesan) could become very much a part of high society, and some, such as Aspasia, mistress of the great Athenian leader Pericles, were extremely influential.


Not all women were left uneducated, either, especially by the time of the 4th century BC. It's recorded that Plato's Academy included at least two female students, and this wasn't by any means unique. As Greek culture developed into its later period, women could be politically powerful or highly regarded academically, such as Hypatia of Alexandria. 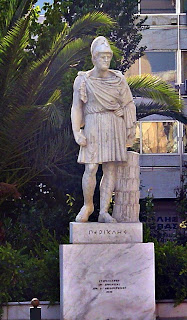 5. The Greeks considered everyone else as "barbarians".


Strictly speaking, this is completely true — for the simple reason that barbaros, the word's origin, was nothing more than the Greek word for a foreigner. It did involve a degree of condescension — the word allegedly derived from the perception that foreign speech sounded like "bar-bar-bar"*** — but it wasn't necessarily a term of abuse. Some "barbarians", such as the Persian king Cyrus the Great, were routinely held up by the Greeks as models of virtue.


The Greeks definitely considered their culture the best in the world, but it would be wrong to think of them as racist in the modern sense. Greece was a cultural entity, rather than either a geographical or racial one. The definition of a Greek was someone who spoke Greek, worshipped the Olympian gods and lived in a city-state. It wasn't irrelevant where your ancestors had come from, but it wasn't all important either.


There are many other misconceptions about the Greeks, both from those who ignore their failings and from those who ignore their virtues, not to mention those who've simply learnt their history from Hollywood. They were a turbulent, contradictory people, who created great beauty and committed atrocities. They certainly don't offer a model of how we should live, but perhaps what they do offer is a model of how we can search for a way to live. Even if — as the Greeks did more often than not — we end up getting it wrong.


* Globally, the Greeks and the Chinese were about neck and neck. Of course, there are many cultures that might well have developed sophisticated philosophy, but didn't leave records we can read to confirm it.


** Other inventions by Hero include a vending machine and a programmable self-driving cart.


*** There's a widespread myth that it's actually a Roman word derived from the Latin barbus, meaning beard. The Romans adopted the word from Greek, and were far more responsible for giving it its current meaning. The Greeks used it long before, and a) the Greek word for beard is completely unrelated, and b) many Greek men wore beards and (quite rightly) considered them refined and dignified.
Posted by Nyki Blatchley at 11:52 PM 1 comment: 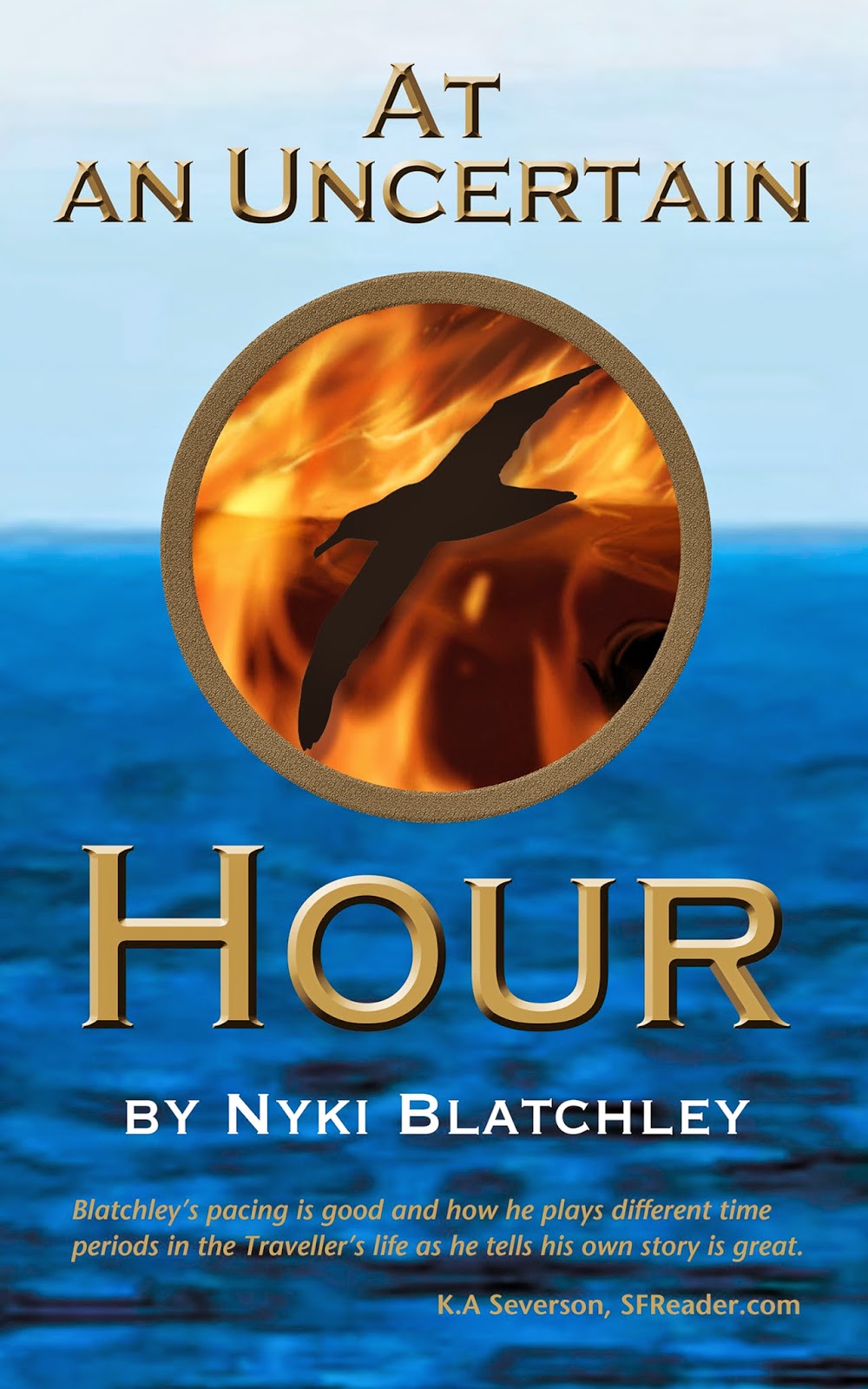 In the note at the end of his 1935 epic fantasy novel Mistress of Mistresses, E. R. Eddison suggests: "Proper names the reader will no doubt pronounce as he chooses. But perhaps, to please me…" Give or take the odd gender-specific pronoun, I'd say the same about the names I use in my stories. It's really not a big deal if you don't pronounce them as I do, but if you're anything like me, you might be interested in how they're "supposed" to sound.


No, I'm not going to give a complete list of every name I've included in a story — that would be a very long article indeed — but I'll try to give an idea of what I understand by the letters I type. The first thing to bear in mind is — forget all about English. Well, unless I'm actually using English-style names, of course. English pronunciation is among the most idiosyncratic in the world, and in general it's better to think in terms of Greek or Latin for my letter values.


The second thing is that there are no silent letters. None. Not a single one, unless you count the h in combinations like th and sh. If a name ends in e, that e should be sounded, rather than modifying a previous vowel. Double letters are pronounced double. And, if a name starts with two consonants that don't go together in English, no wussing out (as we usually do with Greek-derived words, for instance). It's not rocket science. Little children all over the world have no problem learning to pronounce words that start with ks, tl, nd or mb.


The stress on a name is harder to generalise about. My names come from many different (theoretical) languages with different (theoretical) rules on stress. If in doubt, though, I tend to default to having the stress on the second-last if the last is a strong syllable (eg Renon = RE-non) or the third-last if the following syllables are weak (eg Caurien = COW-ree-en).


* The keen-eyed among you may have noticed that c and k are identical. In fact, I arbitrarily use them to represent respectively the unaspirated and aspirated versions of the sounds. In many languages, aspiration is a vital distinction between sounds, but in English the two forms are used interchangeably. If you try pronouncing the words car and scar naturally (not easy when you're thinking about it) you'll probably find that the c in car is accompanied by a puff of air, whereas the c in scar isn't. That puff is aspiration. So c should be pronounced without aspiration and k with.


Or, if that's too complicated, just pronounce them both the same. Like Eddison said, as you choose.
Posted by Nyki Blatchley at 10:35 PM No comments: